THE ART OF HEARTS

How it all started

As a scientist, there is a constant struggle in my brain between science/facts and things I can't easily explain using my trusty science. I have had a lot of experiences in my life that have led me to believe there are many unexplained events that defy logic/science and require some suspension of those principles to be able to fully comprehend.  In fact, you need your heart to be open to both see and understand these phenomena.

Like many in life, I have had my share of painful relationships and heartaches. The biggest broken heart occurred with the death of one of my dearest friends at the hands of her husband. While healing from that loss, I decided that dating strangers or really dating at all was not for me. I had actually set about to spend the rest of my days alone, and I was ok with that. I was planning to live the rest of my life single and happy, but then I met Charles.

We first met at the New England Camera Club Conference in 2015. Charles was a guest speaker and presented a program about iPhone photography.  His smartphone presentation inspired me, and in June of 2016, I ventured to France to participate in his Monet's Garden photography workshop. The week went by fast and I soaked in all the beauty and photography lessons with joy. On our last evening in Giverny, my roommate mentioned "what a cute couple we made” when sitting beside each other during our last group dinner. I honestly didn't think too much about it. Sure he was a nice guy and attractive, but I was living my single happy life and really didn’t have men on my radar. Her comment really went right over my head until a few weeks later when Charles called to let me know he was interested in dating. I was flattered and excited, but terrified all at the same time.   Thankfully for me, he lived thousands of miles away, so for our first-years of dating, we were only able to talk on the phone due to distance and our busy schedules. It was safe, and it allowed me the chance to get to know Charles without the fear of having to go out on face-to-face dates, something I had dreaded since the tragic death of my dear friend. Our conversations were easy and fun and often lasted for hours. We talked almost every day, so the distance didn’t seem too far.

In early 2017, we finally made plans to meet in person. I was terrified of having to actually see him in person! Would it be the same as talking on the phone? Would we feel the same? Would I mess this up with my fear? Thousands of questions and stress started to flood my mind. Enter the magical earth of Sedona! A few months before I was supposed to meet Charles in person, my aunt and I made a sacred meditative journey to Sedona, Arizona. During my time there, we meditated twice a day on the red rocks and among the twisted beautiful trees. I focused my meditations on having an open mind and heart to the possibility of love. If you have never meditated, I highly recommend it. During my meditations in Sedona, I had many unexplained experiences like hearing crackling and popping in the rocks, feeling calm, peaceful and at ease with the thought of being open to love. As I meditated, swirling, singing, and dancing hearts filled my vision. I did not realize until months later that during my meditation I not only unlocked my heart to being open to love, but I opened my eyes to seeing hearts everywhere! 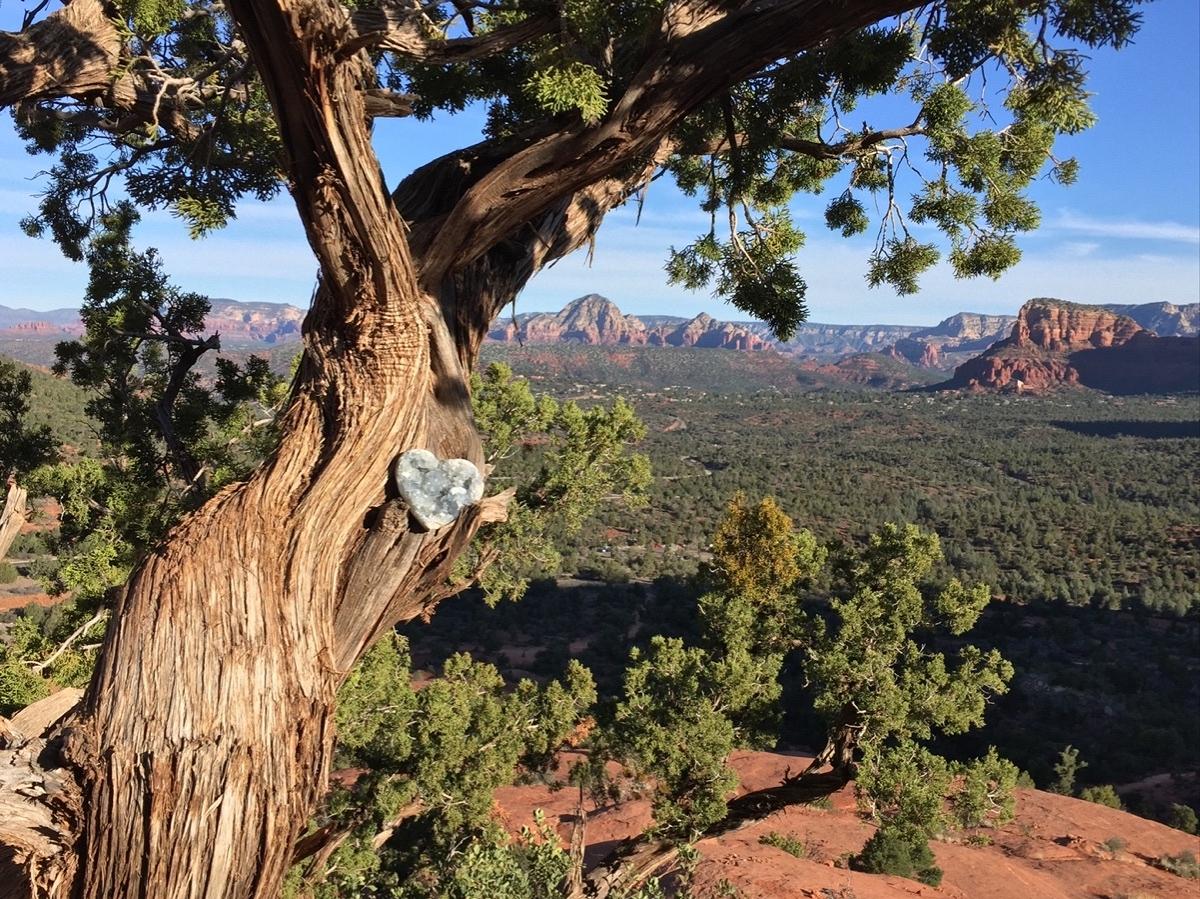 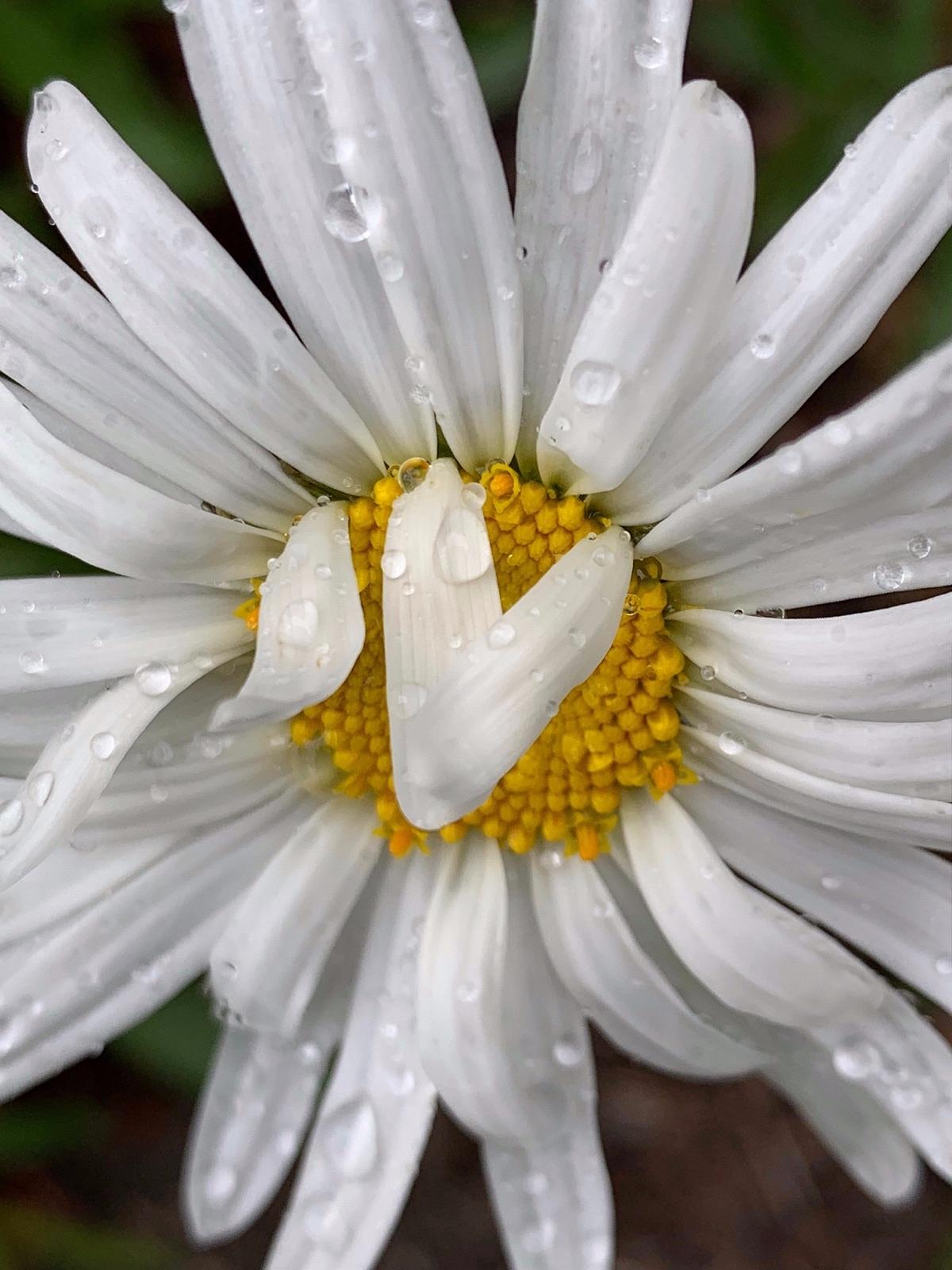 The Art of Hearts is Born

During the years of 2015-2016, I noticed the world started to feel angry and full of hate. People seemed to get permission to start acting however they pleased towards each other, regardless of how hurtful it was. When I started seeing the hearts in 2017, I decided to share those hearts in hopes that it would help people feel the love that is around us and combat some of the unimaginable actions and words people were throwing at each other. The more I shared, the more people liked it and it seemed to become contagious. Others started seeing hearts and sharing them, which made me feel even better.  I want to continue to share the hearts I collect in hopes that we can continue to spread love, let people know they are not alone, and to open everyone’s eyes and minds to seeing their signs. I truly believe we all get signs from the universe, or maybe they are from our loved ones, but if you are not open to seeing them, they may be passing you by! Feel free to post the hearts or signs you see and add the following hashtags:

*all content is owned and copyright by Melissa Needle